However, while other factors draw more attention from business owners, that doesn’t mean various cybersecurity threats are not on their radar. The same CNBC/SurveyMonkey survey indicates that nearly 40% of small business owners are very or somewhat concerned that their company will be the target of a cyberattack in the next 12 months.

Why Cyberhackers Go After Small Business

While many believe that only Fortune 500 companies and other large organizations are vulnerable to cyberthreats due to their large size and substantial financial assets, smaller companies are also at considerable risk. The 2020 Data Breach Investigations Report prepared by Verizon indicates that 43% of cyberattacks target small businesses

Hackers and other cybercriminals set their sights on small businesses for several reasons:

What Are Common Cyber Threats for Small Businesses?

Smaller organizations face many of the same cybersecurity risks as their larger counterparts.

In a typical phishing scheme, the hacker sends an email from what appears to be a legitimate source. The message often contains an enticing link or attachment. When recipients click on these, they inadvertently release malware that infects the network and can perform a wide range of disruptive or damaging functions.

Ransomware involves infecting computer networks with malware that locks out authorized users and prevents them from accessing the data. The business must pay a sum of money determined by the hacker to regain control of the network.

A virus is a program or piece of computer code that can replicate itself and spread between the computers within a network. A virus can corrupt the system, destroy data, and perform many other malicious tasks that can harm a small business’s operations.

An advanced persistent threat (APT) is a long-term business cybersecurity breach that involves breaking into a network gradually and subtly to avoid detection. This methodical process enables the attacker to establish multiple routes within the system. Consequently, detecting and repairing only one or two breaches often has little impact on the hacker’s ability to infiltrate the network.

Zero-day refers to a vulnerability that developers are unaware of until after an attack occurs. These software and program flaws can go undetected for several months or years.

Many small-business transactions involve an exchange of goods, services, or data between two parties. A man-in-the-middle (MitM) attack occurs when a hacker installs malware that intercedes in these transactions and steals sensitive information. An unsecured Wi-Fi network is often the vehicle that provides relatively easy access for the cybercriminal.

Stealing passwords is another way hackers can access a small business’s computer network. They may implement several processes to gain this information, including guessing, utilizing specially designed programs that combine various dictionary words, and attempting to track users’ keystrokes as they type login information.

Human error often opens the door to a cyberattack. Your employees should receive regular training and reminders regarding how to avoid practices that could lead to a data breach. Examples include how to recognize a potential phishing email, creating strong passwords and updating them frequently, providing tips for using the network safely, and instituting procedures for handling sensitive customer information.  Did you know 90% of successful cyber attacks gain entry from a click in a phishing message. Core offers training that will deliver easy-to-digest, relevant training to help prevent this. We will help your favorite people (even family) learn to recognize and not click on emails that could harm your company. If you’d like crazy, affordable training for your people, just email us today for a free quote and ask about Phishing Training.

Performing the recommended software updates can significantly enhance cybersecurity for businesses. These updates often include patches, which are program changes designed to make fixes and improvements, including correcting security vulnerabilities. You should also consider replacing obsolete software programs with the latest versions.

Take the appropriate steps to protect your networks and reduce their vulnerability. Set up a firewall to prevent outsiders from accessing private network data, and conceal your Wi-Fi network by ensuring it does not broadcast any valuable names. If yours is among the growing number of small businesses that allow employees to work from home, verify that remote workers are using a firewall to protect their systems.

Since data breaches often result from user mistakes or intentional acts perpetrated by employees, limiting access to your computers and networks is crucial. Monitor your authorized users and only grant administrative privileges to IT personnel and trusted staff members.

How Can CORE Shield™ Enhance Cyber Security for Business?

CORE Shield is a fully managed business cybersecurity solution from Core Business Solutions that will protect your organization from an array of cyber threats. Get access to best-in-class technology and hands-on consulting from our expert team to safeguard your computer networks and the sensitive data they contain.

We also provide CORE Shield subscribers with comprehensive employee training to reduce the risk of human errors that set the stage for a potentially devastating cyberattack. These training programs will reduce your organizational vulnerability to phishing scams, ransomware, and other threats.

Discover the best ways to protect your business from cyberattacks and other network security threats. Contact Core Business Solutions today to learn more about the benefits of CORE Shield. 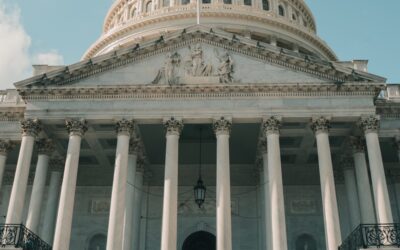 Will CMMC Finally Take Effect in March 2023? If you contract with the Department of Defense (DoD), you’ve probably experienced some confusion over the last few years. In 2019, the DoD announced its... 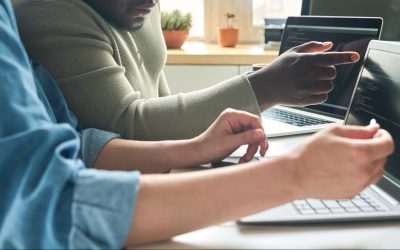 Data breaches are an all-too-common occurrence. According to Security Magazine, there were 4,145 publicly disclosed breaches in 2021, exposing more than 22 billion records. The consequences of a... 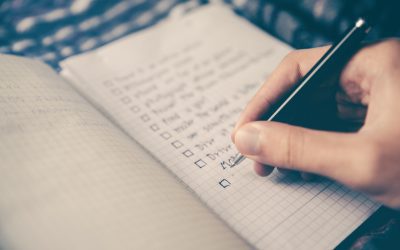 Are You at Risk? Use Our Cybersecurity Checklist

Today’s cyber threats can impact any company, regardless of size or industry. But did you know that 43% of cyber-attacks are aimed at small businesses, according to Accenture’s Cost of...

Smartlink Execution Complete Please note that the CORE Application window may have fallen behind this window and your Email client. Close this Message